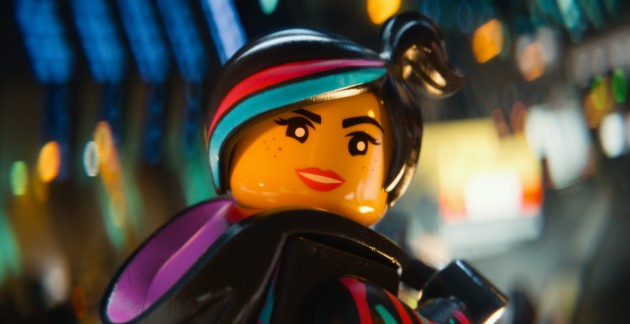 Actually, at this very moment, everything IS awesome.

I’m in the “kid that I’m babysitting just went to sleep” part of the night.

That kid is now six and I’ve known her since she was five months old, when I became her live-in nanny.

They are still in the same apartment and as much as it’s changed, still feels a bit like home.

We just spent the last 90 or so minutes eating pizza (free), drinking La Croix out of martini glasses (her idea) and watching “The Lego Movie” (thank you Google Play.)

She brushed her own teeth, wiped her own butt and I got to read a *new book about lost crayons sending postcards to their former owner (hilarious.)

*I’m kind of tired of my kid’s books. There are times where I beg him (he is 2) to read something else whenever he hands me the one about the kid in the wheel chair who writes a story about a deformed iguana being his friend and I know how that makes me sound.

Anyway, the real point of this post is how upon re-watching The Lego Movie, I realized it has the markings of some other movies and not in a good way.

FOR REAL THO, what is up with strong women characters with the abilities to be The Special/The One/The Dragon Warrior always coming in second to some clueless dope who didn’t know they had it in them to be better than they were?  And in two of the movies I’m about to mention, they fall in love with this “unexpected” hero?

I decided to buy a few DVD’s for our road trip to New York in November just because we don’t have WiFi for the iPad and we used my phone for GPS. My old Mac actually has a CD drive, so when I came upon some decent movies at Goodwill, I pounced.

One of them was “Kung Fu Panda”, which I’ve seen but sort of forgot. It was actually a lot better than I remembered.

But here we go with the badass Tigress (voiced by none other than Angelina Jolie) who wants to be the chosen one and instead has to admit she really isn’t all that special when it turns out to be an out of shape panda.

And I’m fine with the panda being out of shape were it not for the tireless disciplined training this tiger woman endured only to be overlooked by some prophecy.

All of this got me thinking about “The Matrix”, which is basically the same story. Only this time, the badass woman falls for a fucking basement dwelling computer weirdo.

Do all movies with divination have to go with the guy? Every time?

The only reason any of this even dawned on me was when the six year old said “I like that the girl is the one [kicking everyone’s ass.]” At first, I was like, yeah, that IS pretty great. And then I was like, wait no, SHE wanted to be The Special and now it’s golly gee whiz follows all the rules construction worker dude. On top of that, she is dating Batman and trying to lock it down with him because it’s BATMAN instead of just being cool all on her own. They had to make her EXTRA out of his league because she had a superhero boyfriend.

Hold up, doesn’t Trinity basically die because of her belief in Neo?

See what I mean?

I’m all for strong female characters (obviously), but in the end, it’s still like making $.77 to every man’s dollar.

Thanks, but get back to me when working hard AND having a vagina means I make the same amount of money the human with an assumed penis does.

(And no I don’t want to marry the human with the assumed penis despite the fact that we are both strong and good looking.)